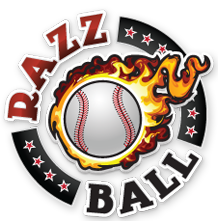 Based out of New York, brothers Justin and Zach Stanley created SFL in April of 2012. SFL is known for their superior customer service and multitude of contest types.
For the 2015 NFL season, Star Fantasy Leagues is offering a $150,000 Championship with two qualifiers each week. The championship has a top prize of $50,000 with qualifiers starting at $2.

Eligibility: You must be 18 years of age or older and a citizen or resident of the United States of America or Canada (19 or over in Alabama, Nebraska or Canadian provinces other than Ontario or Alberta). Residents of Arizona, Arkansas, Delaware, Iowa, Louisiana, Montana, Nevada, Tennessee or Washington, and PEI in Canada, may only play in free contests. Residents of Quebec are prohibited.