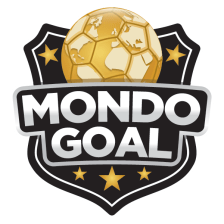 * Deposit bonus is released as real cash at a rate of 4% of the entry fee of the contest you enter. You have 45 days from the date of your first deposit to earn your entire bonus.

Mondogoal is based out of the Isle of Man (with business operations in Boston) and became the first DFS site to exclusively offer daily fantasy soccer in August 2014. They have direct partnerships with several clubs including FC Barcelona, Chelsea FC, West Ham United, AS Roma, Valencia CF, Tottenham Hotspur and Liverpool, and you can even customize your Mondogoal interface with a skin of any partnered team.

They have quickly become the premier place to play DFS soccer with their unique expanded scoring system which awards points for everything from completed and intercepted passes to tackles won, in addition to your regular slew of stats for goals, assists, clean sheets and penalty cards. So those 0-0 games will still have plenty of opportunities for scoring points, and scoring is updated within 30 seconds of live action thanks to stat provider OPTA, the worldwide leader in live sports data. Even lineup creation is unique in that you have the flexibility to choose how many defenders, midfielders, and forwards you want to use. Choose from 3-4-3, 3-5-2, 4-4-2, 4-3-3 or 4-5-1, which makes lineup customization one of the most diverse in the industry.

Mondogoal offers available funds in both US Dollars and in GB Pounds, and you can actually take advantage of their deposit bonus twice by depositing once in each currency to receive a 200% bonus in your USD account and another 200% bonus in your GBP account.

Mondogoal recently added larger prize pools (more than a million dollars has been awarded), roster entry/lock has been moved to kickoff from five minutes prior and you can now see player news by clicking on the players’ names.

Eligibility: You must be 18 years of age or older and a citizen or resident of the United States of America, United Kingdom, Canada, Ireland, Brazil or Italy (19 or over in Alabama, Nebraska or Canadian provinces other than Ontario or Alberta). Residents of Arizona, Iowa, Louisiana, Montana, Nevada or Washington, and Quebec in Canada, may only play in free contests.